Reblogging: Dear Climate Alarmists – We Will Never Forget nor Forgive.

The author lays out his complaints about the way the warmers treat the data and as well as how they have treated him.  He believes the catastrophic man-made global warming theory is unraveling and the skeptics will be vindicated. So what do you think about the following?

It’s been a rough ten years as a so-called “climate denier”. Every year the climate data would show a complete refusal to follow the accepted and official line, and every year the faith of the climate change faithful only seemed to get stronger and stronger. And their abuse of heretics like myself only got stronger and stronger. I have lost friendships over my stance on this issue. I have been attacked publicly by those around me on numerous occasions. And I have endured the casual mockery at social gatherings where the accepted response has been to pat me on the head in a condescending manner – here he is; our own climate denier. Isn’t he precious?

I have watched landscapes I love destroyed by the looming figures of gigantic wind farms that stand in mute mockery of my continued resistance to this enormous scam. I have observed with silent loathing the hypocrites who swan around in their enormous SUVs while proudly parading their dubious green credentials, even as ordinary families struggle with the reality of paying their ever-increasing power bills. Only a few months ago, a piece I wrote on the climate change scam elicited concerned emails and calls from people I know who cautioned me with the treacherous path I was taking.

But money talks and bulls— walks, and the money is beginning to drop out of this con to end all cons.

END_OF_DOCUMENT_TOKEN_TO_BE_REPLACED

The website inc.com/quora posted “Why You Should Never, Ever Stop Challenging Conventional Wisdom”.  I have lifted most of their little gems of wisdom. I am posting this as it fits well with my previous blog about theTheory of Man-Made Global Warming Effect.

The experts are usually wrong.

Experts (those who predict the future for a living) are, more often than not, dart-throwers. They perform no better than chance. And recently they have performed even worse than chance.

“Economists have predicted nine of the last five recessions.”

We are ALL biased. We see the world through a very hazy prism of our experiences.

There is no unbiased news outlet. Even “real news” has an element of untruth to it. Almost every news story I had intimate knowledge of made a significant reporting mistake of factual error in the story.

The “expert” can be dangerous. END_OF_DOCUMENT_TOKEN_TO_BE_REPLACED

Jeane Dixon was guest on late night TV as well as frequently in magazines and other media because she made predictions-some of which came true but mostly were off target. For years, media featured her New Year predictions. Her notoriety sprung from her prediction that the 1960 Presidential election would be won by a Democrat but the winner would not live out his term.  Following President John Kennedy’s assassination, someone remembered her prediction and the rest, as they say, is history.

From Wiki, comes the definition of the Jean Dixon Effect.

John Allen Paulos, a mathematician at Temple University, coined the term ‘the Jeane Dixon effect’, which references a tendency to promote a few correct predictions while ignoring a larger number of incorrect predictions.[1] Many of Dixon’s predictions proved erroneous, such as her claims that a dispute over the offshore Chinese islands of Quemoy and Matsu would trigger the start of World War III in 1958, that American labor leader Walter Reuther would run for President of the United States in the 1964 presidential election, that the second child of Canadian Prime Minister Pierre Trudeau and his young wife Margaret would be a girl (it was a boy), and that the Russians would be the first to put men on the moon.[15][16]

I think it is time to declare the Theory of Man-Made Global Warming Effect.  The theory certainly fits the Effect definition as posited by John Allen Paulos. 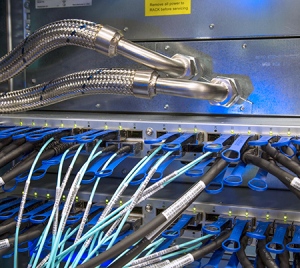 And it is about time to do that.  A new, ultra-fast computer, the Cheyenne, has just been brought on-line in Wyoming.  It will be used to do studies, some of which will be related to “man-made global warming”.  What we can expect are more erroneous predictions made faster than they used to be.  That’s progress.  And of course, it means more doom-laden stories for the media to circulate.

Dr. Judith Curry posts  “Climate Models for the layman”.  The Executive Summary may be enough for some readers.   Here is the link to the full posting where the reader can gain an in depth understanding of Dr. Curry’s thinking that she used to derive the Key Summary Points shown below: 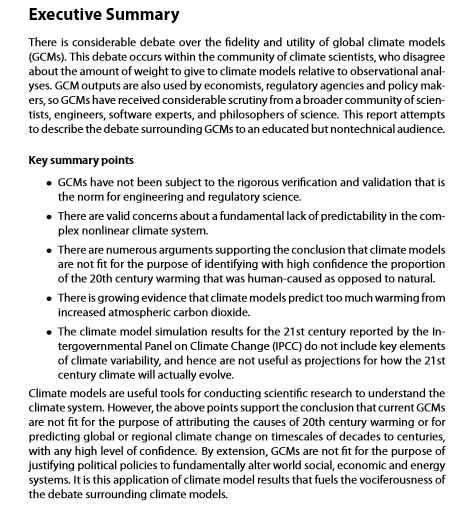 The Senate approved a bill to cut NASA’s global warming research that is done by the Goddard Institute of Space Studies (GISS). The Bill now goes to the House of Representatives where it is expected to be approved.  President Trump is expected to sign the bill into law.  NASA was created to explore space but it now spends more on global warming.  Former President Obama incredibly told the head of NASA that he wanted the focus to be on Muslim outreach.

END_OF_DOCUMENT_TOKEN_TO_BE_REPLACED

What Do Scientist Say About Man-Made Global Warming?

Richard Lindzen, (Alfred P. Sloan Professor of Meteorology, Department of Earth, Atmospheric and Planetary Sciences, MIT) discusses the beliefs of three groups.  Group 1 are the IPCC scientist that believe that CO2 emissions are causing global warming.  Group 2 are scientist that are typical called skeptic and Group 3 are the politicians, media and environment groups plus some hangers-on’s.

Lindzen asks “where do we really stand on the issue of Global Warming”, and discusses this in the following video:

It is always a good thing to let Bjorn Lomborg views be known.  Lomborg is often called the Skeptical Environmentalist because he believes that global warming is caused by man’s activities, but he differs from most of the warmers, in that he believes all the vast sums of money spent on trying to reduce CO2 emissions will be wasted.

He organized and runs the Copenhagen Consensus. He invites expert economist to review a variety of ways to cope with global warming. The Consensus invariably says, for example, that people having clean water, education, etc. are much better uses for the money opposed to using it to combat CO2 emissions.  The following video is written and narrated by Lomborg.  He shows that the Paris Agreement has plans to spend a lot of money and the results will not come close to achieving their stated goal of holding global temperature rise below 2C.

I do not believe the science supports them spending the money either.

For The Left, The NGOs and The Technical Societies, The Battle Over EPA Regulations Is All About Money

The EPA has been overstepping its authority. This has led to regulations that are unnecessary, burdensome and often not in concert with bills passed by Congress and signed into law by the President. At times, the EPA has been acting as a law making body, which is beyond their authority.  The current Administration intends to correct this situation.

END_OF_DOCUMENT_TOKEN_TO_BE_REPLACED

I am l taking a section out of an excellent posting by James Delingpole title “Delingpole: Why Renewables are doomed and fossil fuels are the future” from the Breitbart website.  It is a very long posting and before I decide to try to summarize it, I want to have you take a look at an ignorant or disingenuous statements by a Brit CEO.

“There is currently in much of the West a vast gulf between where government policy sits on the renewables issue and where reality lies. A good example of this is Britain’s largest power station Drax which has been encouraged by UK government policy introduced in the Labour era – but not opposed by David Cameron’s pretend-Conservatives – to stop using coal and instead burn wood chips, supposedly because they’re carbon neutral, “renewable” and therefore more eco-friendly.

Except in fact this policy has been appalling for the environment – how is it eco-friendly to chop down acres of North Carolina forest and ship them 3,800 miles to be burned for fuel? – and has done nothing to reduce CO2 levels.

It is symptomatic of the bizarre, looking glass world we inhabit that when Christopher Booker pointed this out in this Sunday Telegraph column, the CEO of Drax Dorothy Thompson felt able to reply with this letter: 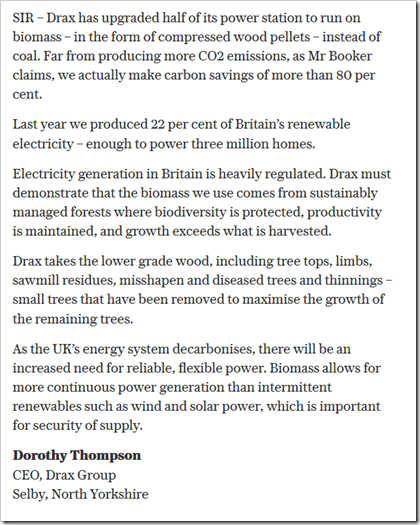 But as Paul Homewood demonstrates here in some detail, many of these claims just aren’t true. The only reason that Dorothy Thompson can get away with them with even a hint of good conscience is simply that she is backed up by an apparatus of official lies.

As he notes, for example, in his reply to her letter:

Dorothy Thompson (Letters, 5th Feb) claims that Drax’s biomass plant makes carbon savings of 80%, compared with coal. However, this is based on EU accounting rules, which classify burning wood as “zero carbon”.

Drax’s own figures show that CO2 emissions from biomass are actually 12% greater than coal for each unit of electricity generated.

Burning wood produces ZERO CARBON EMISSIONS!!!  Based on that EU logic, North Korea might be the most environment friendly nation in the world.  North Korea has cut down nearly every tree in the country. See “Did CO2 Cause North Korea To Collapse?”

The Paris Agreement Has It Wrong–Developed Nations Are Not The Primary Sources Of Greenhouse Gases.

The website EnergyMatters’ posting titled “Attributing the blame for global warming” is one of the most intriguing postings I have read lately.   The posting discusses a report made by a UN group to determine who is responsible for the man-made greenhouse gases that the warmers say have damaged the Earth. The Paris Agreement, for example, blames the Developed Nations and wants them to pay reparations to the rest of the world. The posting, on the contrary, persuasively argues that the developed nations aren’t not the primary sources of greenhouse gases.  Further the folly of the “Developed Nations are at fault theme” is that when projected into the future the evidence says it is even less true.  For those of us that believe that nature is the primary forcing agent with regard to global climate change, who is to “blame” is not particularly our big issue, but it is for the warmers.  This posting seems to point out they continue to get it wrong: